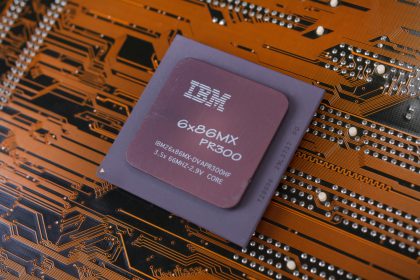 Google, IBM and a handful of startups are racing to create the next generation of supercomputers. Quantum computers could handle the problem efficiently while traditional computers would bog down forever trying to solve it.

What is Quantum Computer ?

A quantum computer is any device for computation that makes direct use of distinctively quantum mechanical phenomena, such as superposition and entanglement, to perform operations on data.
In a classical (or conventional) computer, information is stored as bits; in a quantum computer, it is stored as qubits (quantum bits).
The difference between classical bits and qubits is that we can also prepare qubits in a quantum superposition of 0 and 1 and create nontrivial correlated states of a number of qubits, so-called ‘entangled states’,” says Alexey Fedorov, a physicist at the Moscow Institute of Physics and Technology.
The basic principle of quantum computation is that the quantum properties can be used to represent and structure data, and that quantum mechanisms can be devised and built to perform operations with this data.

What can quantum computers do that normal ones can’t?

Quantum computers operate on completely different principles to existing computers, which makes them really well suited to solving particular mathematical problems, like finding very large prime numbers. Since prime numbers are so important in cryptography, it is likely that quantum computers would quickly be able to crack many of the systems that keep our online information secure. Because of these risks, researchers are already trying to develop technology that is resistant to quantum hacking, and on the flipside of that, it is possible that quantum-based cryptographic systems would be much more secure than their conventional analogues. Researchers are also excited about the prospect of using quantum computers to model complicated chemical reactions, a task that conventional supercomputers arenâ€™t very good at all.

What makes WordPress the best platform for your website?